Where there was discord: some words for Sheffield’s Western Works studio

Written in honour of Cabaret Voltaire’s Western Works studio in Sheffield, this piece was created to be read aloud at an event exploring the ideas and energies that still swirl around that portion of the city. In this case, I focused on one record made on that hallowed ground – Cool Down by Stephen Mallinder – and spun around it a tale of teenage political activism one night in deepest 1984. You can choose how you consume it: first up is spoken word audio featuring my own lonesome voice; alternatively, just read on…

Yorkshire. I was looking for Yorkshire, the one on the telly. The one I saw on the news each night, where the forecast was threatening, where the sky rained bricks and the air thundered to the death-watch of truncheon on shield. It was a Yorkshire that flew banners and flew pickets; that got up early and set out for battle in a battered Mini Metro, where red-blooded blokes got tangled in a varicose vein of blue; and where open wounds festered.

It was Yorkshire scarred. Yorkshire scared. Where dialect mattered less than dialectics; where the spectre that haunted Europe had even been seen haunting Barnsley.

The Red Deer. I was hunting for a pub called the Red Deer. In my combat trousers and Harringtons’ shirt, and with my fixation on the here and now – by which I mean the there and then, the 16th minute past 7pm on September 24th 1984 – I planned to find a seat among the formica topped tables and Stones Bitter ashtrays, and meet with strangers who, I believed, were trying to ignite revolution.

And I knew that Newsnight Yorkshire was close, because though I hadn’t found the Red Deer, I was stepping on hot pavements, red flagstones, Sheffield backstreets with gappy, bloody smiles; red brick turned dark purple, as if bruised, fresh from a kicking. This punch-drunk imagery was typical of the time, a projection from a mind that was turbulent and raging, always looking for political offence. I was permanently ready to pick a punch-up with imperialism in every one of its guises – whether that be with a policeman, or with Uncle Sam’s Chuck Wagon.

And as I circled the spot where I thought the Red Deer should be – wrong-turning from West Street onto Orange Street and left along Portobello – I felt I was pacing out a circle of flame, like a sixth form Wenceslas with heat implanted in every sod, or rather, every stamp of my eight-hole Doc Martens. And as I reached Regent Street, and took a right instead of a left, thinking maybe the pub was tucked behind St George’s church, I imagined my trail of righteous fire spreading as far as the building itself, the tower burning, a symbol of history consumed.

And by twisting this way, that way, I looped that portion of Sheffield with my angry conflagration in the same way that the police were ringing Yorkshire – their vans parked up on central reservations while their officers closed the borders. Because that was how it was in that there, that then; even under autumnal evening light, those cracked and shattered streets threw shadows like punches, and everywhere I looked, I saw a city spoiling for the fight.

My hand brushed my hip, and I felt the rattle and the bulk of my Walkman as it hung from my belt-strap. Snapped inside that plastic casket would be sounds from a Yorkshire at work, a Yorkshire at war: the crunch and the rhythm of machines chewing metal; the violence of industrial strife. They were noises I wanted to hear, so I squeezed at the button and waited for impact; all I wanted was ignition for my heart. 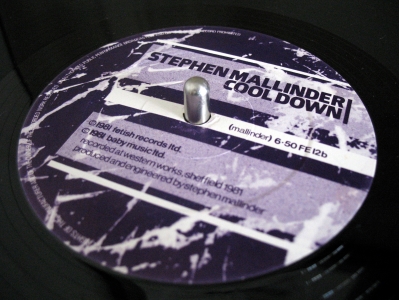 It came, at first, like gravel hurled at skylights; like vandals at the door. But as the music played and settled into softer moods, I grew accustomed to a shy and stammering sound. And I began to think about those other Yorkshire vistas – the ones they put in the tourist brochures and yet to which I never gave much time. I mean the fields and the hills, the farms and the moors, the settlements and spa towns where there might be disagreements over livestock, over tea bread, over rhubarb, but where the fierce urban face-offs that were rough and tumbling across my personal Yorkshire felt very far away.

And as I walked back down Mappin Street, it occurred to me that the wuthering landscape that had suddenly filled my head, with its last of the summer wine and its creatures great and small, was THE Yorkshire that the world thought it knew. Which explained why, when I was out watching football and the Mancunians came over the Pennines, they would sing ditties about sheep shagging and farmers’ boys – this despite being in deepest Bramall Lane, with its terraced streets and ring road and factories with their windows smashed in.

It would enrage me in that way that happens at football, and I would spurt with indignation and want to somehow smash their faces into the reality that contradicted their songs. My ambition was to obliterate their wilful defiance of the city that was staring them in the face and replace it with my own celebration of what was in my head: a Yorkshire that was more industrial than you think; more up for it than you think; more blighted than you think.

And as I completed my lap of the church – still no pub – and wandered back towards Regent Street, I realised I was walking past the very building where the music I was hearing had been forged: a Victorian cutlery factory still standing in a post-industrial void, where Cabaret Voltaire’s studio, Western Works, was housed and where Stephen Mallinder had made this solo track, called Cool Down, back in the gory days of 1981.

I would once have argued till I was a-shade-of-brutalist-grey in the face that by claiming a dilapidated space within a zone of near-derelict industriana, and by producing records that seemed to both condense and disperse the escaping sonic effluvia of steel production, Cabaret Voltaire had surely forever erased the notion of Yorkshire as a pretender to the Welsh sheep-shagging throne.

Yet as I turned left onto Pitt Street and listened to Mallinder’s bubbling melancholia – like tepid water over shingle, with a long-range forecast of ambient breakbeats yet to come – I could just as easily close my eyes and see rolling brushed moorland, dense ancient forests, collapsed packs of cottages tumbling down to the foaming North Sea.

I found the Red Deer, and climbed the back stairs, and joined that meeting of strangers – Yorkshire men and women who were nourished by conflict, but whose tiny revolutionary flame seemed good only for the lighting of roll-ups. They nursed high hopes, but though their baby uprising may have been born within the sound of Western Works, I knew now that it was a factory from which sparks didn’t always fly.

It was a sound in which Yorkshire was concealed – but not the one I’d been searching for.

And I pressed my hand to the window, and wondered if it would be warm to the touch, but the firestorm had passed. Yorkshire seemed cooler now. And I glanced out, and took it all in. ALL of it, the whole chuffing lot – from Threads right through to Follyfoot, and all the Royston Vaseys in between. 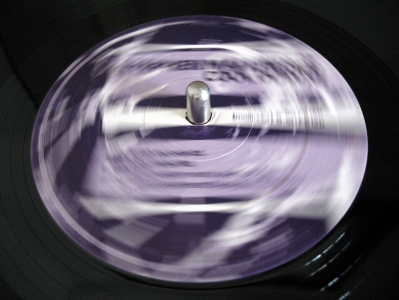 This piece was originally written to be read aloud, with backing from Stephen Mallinder’s Cool Down, at the No Lectures from Western Works event at Sheffield University, 16 May 2014; many thanks to Matt Cheeseman and Jon Downing for inviting me to take part.