Bring out The JAMs: the return of Bill Drummond and Jimmy Cauty

Back in 2017, Bill Drummond and Jimmy Cauty – the two artists, musicians and troublemakers who once recorded as The Justified Ancients of Mu Mu and The KLF – made some cryptic announcments heralding a mysterious event in Liverpool called Welcome to the Dark Ages. Somehow, without knowing what it would entail, I managed to write this preview piece for Bido Lito magazine. 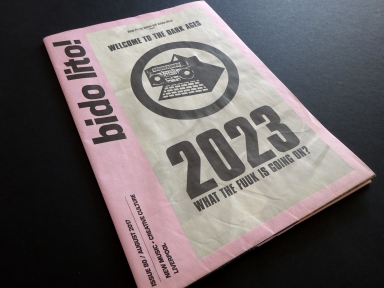 I want to tell you a story, but I don’t know where to begin. I mean, how the hell do I tell this tale without winding back past burning bank notes, past totemic ice-cream vans, past the Turner Prize baiting, past the BRITS mock massacre, and on and on, back past Whitney and Abba, past Bunnymen and Teardrops, and into a world of discordia and chaos, of synchronicity and magic, of apocalyptic conspiracy, a place where civilisations clash?

And all this over a pop group?

I want to tell you a story about The KLF, about how two men from the music industry combined to create a unit-shifting monster, a brand of art-pop terrorism, an endlessly unpeeling conceptual onion with pandemonium at its heart. And I also want to tell you a story about The JAMs, or the Justified Ancients of Mu Mu, who appeared to be the same two men, this time connected with an acid-fried legend that was in large part hilarious hogswallop and yet sometimes startlingly, staggeringly true.

But you might also want to know about The Timelords, being the human guise of a battered Ford Galaxy that managed to get a record to number one. Or the K Foundation, who taunted the world of Brit Art while simultaneously creating one of the most authentically shocking artistic statements since… well, since when?

It soon becomes clear that this isn’t one story but many stories, not an easily-navigated narrative footpath but a labyrinth of art and ideas. So where on earth to begin?

As I gaze out of the window, I realise the answer is staring me in the face. Because as with so many pop culture stories, the place to begin is Liverpool – or rather an idea of Liverpool, a city made from sandstone and dreams.

When we use the word ‘story’, we often mean something that’s been invented. But if that story gets repeated and starts to affect the way that people behave – in such a manner as to cause the story to become a self-fulfilling prophecy – then at what point does the story switch from fiction to fact?

Take this story for example. In 1927, the psychoanalyst Carl Jung wrote about a dream he’d had: “I found myself in a dirty, sooty city,” he said. “It was night, and winter, and dark, and raining. I was in Liverpool…”, and after some nocturnal narrative meandering, he landed the killer line: “Liverpool is the ‘pool of life’.”

For most who noticed, it was an incidental phrase in a book, a detail to be read and then passed over. But for a Liverpudlian poet called Peter O’Halligan it had meaning, and in the early 1970s he searched for the site that Jung might have visited in his dream. And he found it.

Or he imagined he had found it – a site at the bottom of Mathew Street where you’re now more likely to find vomiting hen parties than cosmically tuned dreamers. But Liverpool then was no stranger to poetic projects – it was the home of performance art and happenings, the Liverpool Poets and The Mersey Sound – and, channelling the spirit of Mersey surrealism, O’Halligan took over the nearest building and called it The Liverpool School of Language, Music, Dream and Pun.

Among many other things, it attracted a theatre director called Ken Campbell, who used it as the venue for a play based on the Illuminatus! trilogy – a dense, lysergically-flavoured series of books influenced by a parody religion called discordianism. Illuminatus! didn’t so much weave conspiracy theories together as tie them all up, prod them with sticks and leave them to fight it out among themselves.

Campbell’s take on Illuminatus! shot off in its own zig-zagging direction towards London and the National Theatre, with future stars of stage and screen battling their way through its bafflingly brilliant nine hours. And caught in its slipstream was a young Bill Drummond, an ex-art student in Liverpool who had been working as a carpenter at the Everyman Theatre before being taken on to build the Illuminatus! sets. 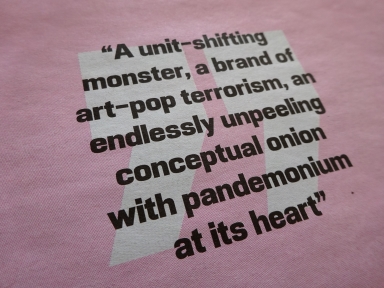 Drummond was impressed by Campbell’s methods, which involved imagining impossible things and then simply finding the right phone numbers to make them happen. He was inspired, too, by Illuminatus!, whose clump of conspiratorial literary knotweed proved a bountiful source of verdant, conceptual sprigs.

So even as he formed a band called Big In Japan, and started a label called Zoo, and managed other groups such as Echo and the Bunnymen and The Teardrop Explodes, and saw something dangerously close to a conventionally successful pop business career begin to coalesce beneath his feet, his instinct was to continue reaching for the extraordinary, the astonishing, the impossible, in a quest to see where these untamed forces could lead.

After all, not many bands’ managers arrange gigs according to the squirming of an interstellar leyline that apparently hits the earth in three places – one of them being Mathew Street – and even fewer of those managers then stand on a manhole in the hope of channelling the universe’s power.

Certainly, it seems unlikely that Simon Cowell ever did that, but it’s what Illuminatus!, pop music and the pool of life had done to Drummond.

By 1987, with Liverpool now in his rear view mirror but with its writhing leylines still electrifying his imagination, Drummond connected with an artist and musician called Jimmy Cauty and set out to make a record.

It was the year that house music, sampling, club culture and hip-hop collided, a temporal sweet-spot in which some stylistic ground rules had been laid, but the industry had yet to catch up.

There was space, therefore, for creative fast movers and low budget visionaries to grab a hit and steal a piece of the dancefloor. And for Drummond and Cauty, it was time to release a clutch of copyright-busting sampling singles under the name The JAMs (or ‘Justified Ancients of Mu Mu’, a name swiped from the pages of Illuminatus!) and seed the nascent scene with the same themes and ideas that had proved so inspiring to Ken Campbell all those years before. 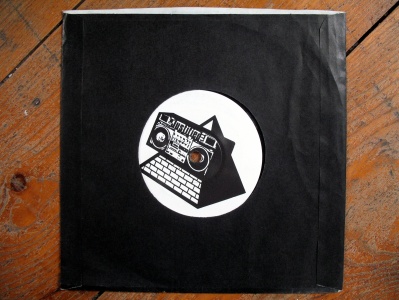 And because the dance scene was still being scoped out, its boundaries unbuilt, pop music opened up for The JAMs, accepting their esoteric concepts and danceable beats and turning them into chart hits even as they fielded legal challenges in response to their brazen sonic theft.

Records that might have looked like novelties in a certain light became dancefloor smashes under stuttering strobes, and The JAMs begat The Timelords who begat The KLF, and the sound became bigger, brighter, less raw but no less conceptually vital, still hurling around ideas even as the beats dropped hard.

And still they wriggled, shifting their shape as they switched from stadium house to ambient chill, from pin-sharp edits to bottleneck guitar, from kids’ TV to underground raves to the point at which they were the biggest selling singles band of the year.

At the 1992 BRIT Awards, they burned all their musical bridges by firing machine guns filled with blanks at the industry bigwigs and dumping a dead sheep on the steps of the after-party. It wasn’t the end of Drummond and Cauty as artists – both continued working, travelling, writing, thinking, and there was still a million quid of KLF cash to get rid of, which they incinerated in a bonfire on Jura as the ultimate punk-dada act – but it was the ceremonial end of an era, the extinguishing of an incendiary pop career.

But all these years later, with their catalogue having long been deleted of their own volition and that million quid having long ceased smouldering, those late-80s/early 90s records have lost none of their of-the-moment power, and their discordian thinking has lost none of its ability to intrigue.

So when a single flyposter recently appeared on a wall in Hackney announcing the approaching end of a 23-year moratorium on JAMs activity, and rumours of a JAMs book began to circulate, and an image appeared on Twitter that stated “The Justified Ancients of Mu Mu will be unearthing aspects of the 2023 trilogy across Liverpool”, The KLF’s dormant pan-global networks burst into life.

Something is happening, it seems, and it’s no surprise that it should be happening here. Because while the pool of life and the leylines may be imagined, their power over people can be true. And if the result is that ideas become action, our city’s story can turn from fiction into fact. 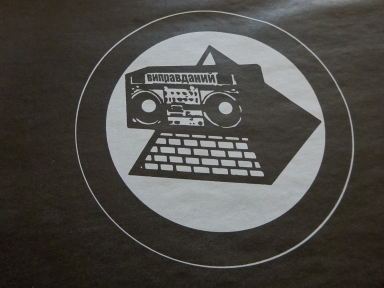 This article originally appeared in Bido Lito, the Liverpool music and culture magazine, in August 2017.

After Welcome to the Dark Ages was over, I wrote another piece for Bido Lito about what went on. You can read it here.